Gentle Health Assessments
Next: How Does Neurofeedback Work?

Training the brain using neurofeedback can change these brainwaves over time, adjusting them into normal, healthy ranges. It can improve alertness, attention, emotional regulation, behavior, cognitive function, and mental flexibility. When the brain moves back into normal ranges, users will often see a reduction in symptoms.

Neurofeedback is a non-invasive process that monitors brain waves in real time with a computer, which responds with feedback to encourage changes in brain wave activity. This process of adjusting brain wave activity is known as operant conditioning, a method that utilizes rewards for positive behaviors that increase learning capabilities. The concept is fairly simple. The computer monitors your brainwaves while you watch a movie or listen to music. When deviations from normal brainwave activity occur, the computer triggers an audio or visual cue that alerts the patient that they are outside normal ranges. These cues are received by the brain, which subconsciously adjusts itself back to a normal pattern to make the cue stop. With enough repetition of this process, the brain eventually learns to stay in the normal ranges on its own without the computer. With the brain functioning normally on its own, symptoms of irregular brain activity will decline. 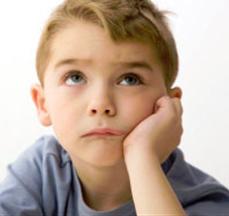